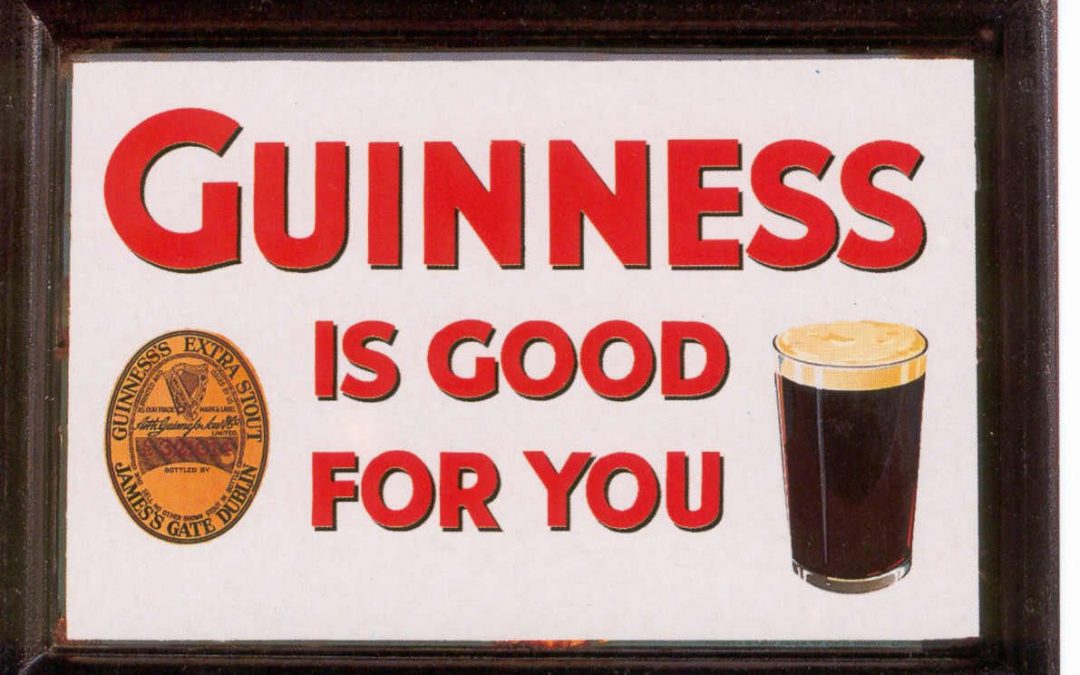 With St Patrick’s Day around the corner thoughts turn to what else, beer. Although fewer people have been able to grab a beer in a pub during this pandemic, the global desire for beer prevails.  And beer advertising is big business.

One company who has been a mainstay since the 1700s and still produces critically acclaimed advertisements is Guinness. 100 years of advertising in the beer industry can’t be explained without including the real inventors of beer advertisements. Guinness created some of the best known, witty, and entertaining advertising campaigns in history.  Guinness is a dark Irish dry stout that originated in the brewery of Arthur Guinness at St. James’s Gate in Dublin Ireland in 1759.  It is one of the most successful beer brands worldwide. In the 1930s, Guinness began making headway with its ingenious print ads. An art director by the name of John Gilroy began illustrating ads and would continue doing so for nearly 30 years.  It wasn’t until the late 1940s that television and beer would finally forge a relationship that would continue to this very day.

Today Guinness is part of Diageo Plc.  According to Media Radar they spent under $100 million on advertising in digital, print, and national TV in the last year. They invest in premium ad units and advertised on over 100 different Media Properties in the last year across multiple Media formats.  So, on March 17, grab a pint, shake your shamrocks and pretend you’re Irish.  Sláinte!