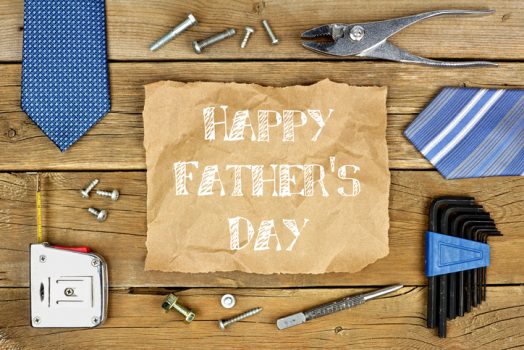 Consumers say they will spend more than ever on Father’s Day this year as they shower dads with everything from power tools to trips to the ballpark, according to the National Retail Federation’s annual survey conducted by Prosper Insight and Analytics.

Consumers are expected to spend an average $125.92 for the holiday, up from last year’s $115.57. Total spending is expected to reach $14.3 billion, the highest in the survey’s 13-year history but still below this year’s Mother’s Day total of $21.4 billion.

“It’s encouraging to see consumers planning to splurge on dads,” NRF President and CEO Matthew Shay said. “This increase in spending could be a good sign related to consumers’ willingness to spend more as we head into the second half of the year.”

According to the survey, consumers plan to spend $3.1 billion on special outings such as dinner, brunch or other types of a “fun activity/experience” (given by 47 percent). Clothing (given by 43 percent) and gift cards (given by 41 percent) are tied at a hair under $2 billion each while consumer electronics (given by 20 percent) follow at $1.7 billion.

As with Mother’s Day, greeting cards are the most commonly purchased gift at 65 percent but account for only $833 million of projected spending. Other popular gifts include personal care, automotive accessories, books, music, home improvement/gardening supplies and sporting goods.